*If you are in London, next month will have the opening of Re-introducing Oshun, which will be an interdisciplinary exhibition “discussing black women’s bodies, gender and sexual expression through the lens of the Orisha, Oshun” and re-imagining “black women’s bodies as sacred of places of, beauty, intimacy and love.” Featuring the work of an all female collective, the exhibition “demystifies the omnipresent gaze placed on black women’s bodies by creating images of black women that look, talk, feel and love like us and in doing so presenting our own truths.”
The exhibition is set to open on October 7 and hosted by Yinka Shinobare, MBE at his Guest Project Space in Hackney, London before culminating into an evening of live performances at Lyric Hammersmith on October 17. “It will be a participatory project moving away from ‘pretty-pictures-on-the-wall’ type exhibition by printing on organza thus allowing the ability of touch for our audience. More so, we wanted our audience to emerge themselves in to another time, space and reality where black women’s bodies are worshiped as the deacon of beauty.” 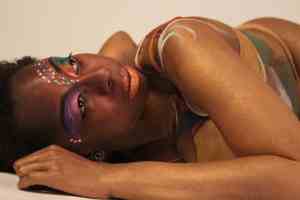 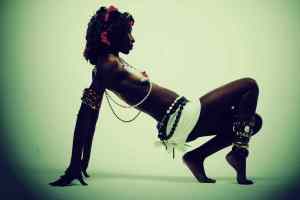 *Tomorrow night at the Living Gallery in Brooklyn, artist Jaszmine Hawkins will be featuring her work at the Art Lov[H]er series. “Art Lov(H)er Open Presentation is the brain child of emerging creator JeSansChez. Noticing a lack of female presence in the mainstream and underground art scenes of NYC, JeSansChez set out to create and hold spaces for women artists to represent ourselves.” RSVP here.
* In Chicago on September 20, filmmaker Floyd Webb will be showcasing Christopher St. John’s 1972 art house film, Top of the Heap, at the Black Cinema House.The film is about “a black police officer in Washington, D.C., who feels alienated from many of his fellow cops, who look down on him because he’s black, as well as his family and peers, who look down on him for serving the Man. As personal and professional stresses pile up, the cop loses his grip on reality and ultimately breaks out in violence.” The film features several dream sequences that reveal the officer’s subconscious, including the one below where he dreams he is an astronaut:
*Balogun Ojetade from Chronicles of Harriet did a list of important speculative fiction events, including the schedule for the upcoming Alien Encounters Conference in Atlanta. Take a look here.