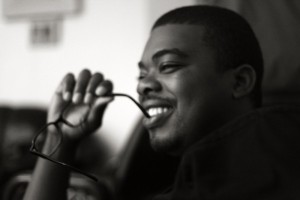 I came across the other day a Liberator Magazine interview of photographer Sedrick Miles about his work, “Wanderlust.” I thought it was interesting, since wanderlust was on my mind. Also, he mentions Afrofuturism:

“Liberatormag: When I was a young, I was fascinated with time travel and flying. In particular, Virginia Hamilton’s “The People Could Fly” awakened me to this idea that we could go anywhere if we conjured up the courage and conviction. Where have you journeyed to so far? What has been your most beloved location and why? Least favorite?

SM: Yes! I have always loved the same things. That book and the images from it are beautiful and in many ways represent an Afrofuturistic view that I fully support. So far this year I have traveled throughout Mexico, Salvador Bahia, Brasil, France, Spain, Portugal, England, Holland, Germany, Italy, Senegal, and The Gambia. It’s difficult to pick one favorite place, but Dakar, Bahia, and Paris are all places I could imagine living for a long time. Bahia is a physical paradise and the culture is irresistibly inviting. I broke my camera in Bahia and was unable to do an serious photo work while there. But after mourning the loss of my camera, I quickly learned how to appreciate the opportunity to travel to a country with such a rich culture. I’ve spent most of the summer in Dakar working on several photo projects. My visit to Africa was the most anticipated and has probably had the most effect on me as an artist…”