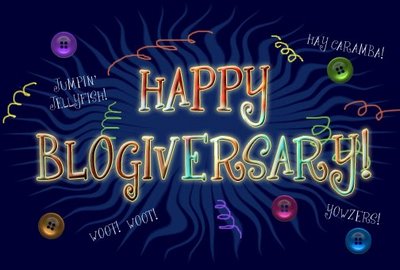 *Today is my the anniversary of the day I started this blog, which was two years ago, and I am going to take a small break (maybe a week or two) to celebrate.

Running this blog by myself can be tiring sometimes and so I should do this so i don’t tire myself out. I will still post things on facebook and twitter and will repost older posts on there as well.

Thanks everyone for your support for the past two years!

The second single from their upcoming Elephant Amnesia album, gives forceful and memorable vocals and music to encourage people who feel as if they don’t fit in to just look at themselves.

The trailer for director Nijla Mu’min upcoming Deluge film. Here is the synopsis:

After witnessing the mass drowning of her friends and struggling with the decision not to jump in, 15-year old Tiana must decide if she will join the order of black mermaids that protect the waters where her friends rest. This film is partly inspired by the 2010 mass drowning of six black teens in a Shreveport, Louisiana sinkhole. None of them could swim. The film blends coming of age drama and fantasy to explore traumatic memory in a post- BP oil spill New Orleans.

Deluge layers personal, historical, and environmental trauma into an intimate portrait of female teenage awakening and realizations about mortality and fate. Through the merging of subtle moments and emotion, we find each character on edge in some way; on the edge of teen sexual discovery, on the edge of life, and on the edge of a dual existence between two worlds.

*
Meridian’s debut self-titled album is a breath of fresh air from some of the commercial pop music today with its late 80s and early 90s alternative pop-rock, synth sound, laid-back feel and thoughtful lyrics. Each song makes you feel as if you are floating or dissolving into the space around you.

Tawiah’s FREEdomDROP has a migratory or lost child theme; the songs each have fluid movement with at times a raw kind of in the moment of the chase or running feel to them. One of the standout songs, “Sweet Me” has a 60s psychedelic pop sound that I like, and another, “Faces,” has the outsider, otherworldly motif in its sound and lyrics. The last two songs, “Sun,” and the cover of Bobby Caldwell’s “Open Your Eyes” (sampled in Common’s “The Light”) give a nice conclusiveness to the album.
.

Tar Baby Jane is a short documentary about sculptor and performance artist Vanessa German, who sees herself  as a of shaman or healer of her community through her work (her website is 21st century Juju and Love Front Porch). The film focuses on her preparations for a gallery exhibition for her “tar babies” collection, and one-woman-show, Root, at the Vineyard Playhouse’s African-American Festival of Theater and Music in Martha’s Vineyard. It also centers on German’s exploration of her identity as a black woman, lesbian, artist and someone with a history of mental illness in her family.

One portion of the review on the website was striking:
Ms. German’s work reminded me of a paragraph by Junot Diaz, discussing the influence of Toni Morrison, Octavia Butler and other writers of their generation: “Why these sisters struck me as the most dangerous of artists was because in the work of, say, Morrison, or Octavia Butler, we are shown the awful radiant truth of how profoundly constituted we are of our oppressions. Or said differently: how indissolubly our identities are bound to the regimes that imprison us. These sisters not only describe the grim labyrinth of power that we are in as neocolonial subjects, but they also point out that we play both Theseus and the Minotaur in this nightmare drama. Most importantly these sisters offered strategies of hope, spinning the threads that will make escape from this labyrinth possible. It wasn’t an easy thread to seize—this movement towards liberation required the kind of internal bearing witness of our own role in the social hell of our world that most people would rather not engage in. It was a tough praxis, but a potentially earthshaking one too. Because rather than strike at this issue or that issue, this internal bearing of witness raised the possibility of denying our oppressive regimes the true source of their powers—which is, of course, our consent, our participation. This kind of praxis doesn’t attack the head of the beast, which will only grow back; it strikes directly at the beast’s heart, which we nurture and keep safe in our own.”