Happy Black Speculative Fiction Month. This month I will post reviews, lists of speculative works and some of my own work. By the way, please support my Go Fund Me as I raise money to get a new laptop and continue building my writing career. Today’s post is a list of speculative fiction works by authors from Queens!

“Sunne is a magical being or “magbee”.  God imbues Sunne with the power of the sun.  Sunne’s straight haired siblings, Earthe, Watre, and Winde have unique powers of their own.  When Sunne is teased and bullied by siblings because of Sunne’s natural, kinky, curly and spirally afro-textured hair, Sunne desperately tries to change.  Join Sunne as Sunne learns that there is beauty and power in difference.  Sunne’s Gift’s message of self-love and bullying prevention, coupled with its sci-fi imager, make it a hit for people of all ages.” 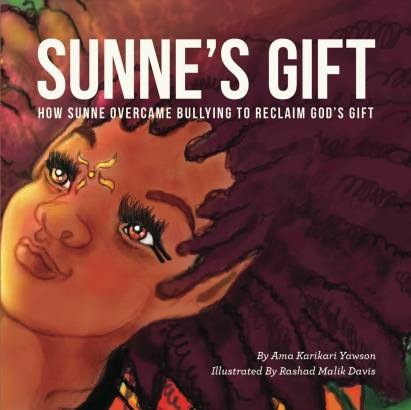 “Lily Brown is a bright, curious, energetic young girl from Queens, New York. She lives with her mom and loves reading and writing and spending time with her friends. But she hates cleaning!

So, when her mom forces her to stay home for the summer instead of going off to some fun soccer or riding camp, Lily fumes. She wanted excitement and adventure. She didn’t want to do chores.Little did she know that the greasy oven in the kitchen was going to give her more excitement and adventure than she could possibly handle.”

*Victor LaValle‘s The Ballad of Black Tom and upcoming Changeling

The Ballad of Black Tom: “People move to New York looking for magic and nothing will convince them it isn’t there.

Charles Thomas Tester hustles to put food on the table, keep the roof over his father’s head, from Harlem to Flushing Meadows to Red Hook. He knows what magic a suit can cast, the invisibility a guitar case can provide, and the curse written on his skin that attracts the eye of wealthy white folks and their cops. But when he delivers an occult tome to a reclusive sorceress in the heart of Queens, Tom opens a door to a deeper realm of magic, and earns the attention of things best left sleeping.

A storm that might swallow the world is building in Brooklyn. Will Black Tom live to see it break?”

Changeling: “The wildly imaginative story of one man s thrilling odyssey through an enchanted world to find his wife, who has disappeared after having seemingly committed an unforgivable act of violence.” 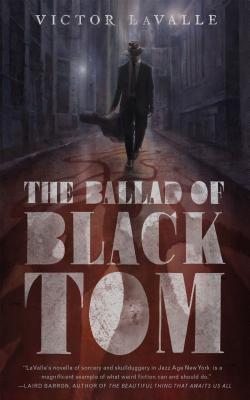 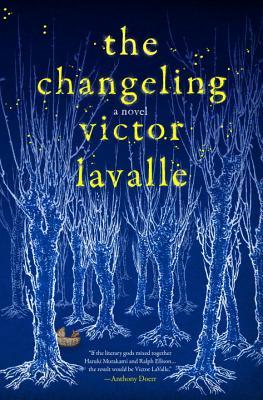 A Dead Djinn in Cairo Summary: “Egypt, 1912. In an alternate Cairo infused with the otherworldly, the Ministry of Alchemy, Enchantments and Supernatural Entities investigate disturbances between the mortal and the (possibly) divine. What starts off as an odd suicide case for Special Investigator Fatma el-Sha’arawi leads her through the city’s underbelly as she encounters rampaging ghouls, saucy assassins, clockwork angels, and plot that could unravel time itself, in P. Djèlí Clark’s Tor.Com Original, A Dead Djinn in Cairo.”

“P. Djèlí Clark is a writer of speculative fiction. Born in Queens, New York, he has lived alternatively in Staten Island, Brooklyn, Texas and the Caribbean. His stories have appeared in online publications such as Daily Science Fiction, Every Day Fiction, Heroic Fantasy Quarterly, and elsewhere. He has also contributed short stories to anthologies such as the Griots: A Sword and Soul Anthology and Griots: Sisters of the Spear, co-edited by Milton Davis and the pioneering Charles Saunders. Professionally, Clark is a doctoral candidate in history who focuses on issues of slavery and emancipation in the Atlantic World. He currently resides in Washington D.C., and ruminates on issues of diversity in speculative fiction at his blog The Disgruntled Haradrim.”

The Return of Queen Yalena: The 1st Line: “Yalena and her family return to their Manhattan home after 20 years in the Hamptons. The world she left behind has changed so drastically while she was in seclusion. Now, with a click or snap, anyone could have a record of her families existence. How will she keep her clan and family secret hidden? Upon her return, she finds out that her arch enemy was building his own army of soldiers. As if she didn’t have enough to worry about, the pressure continues to mount when other vampire lords make her aware that they know about the escaped Demi-God she has imprisoned in the apartment next door.”

Crimson Awakening: The 1st Line (1st Line of Sekhmet): “Yalena Count gets entangled in a world she thought ended when the novel was finished. Little did she know she was a part of it. When she finally becomes aware of how far the rabbit whole goes, she still has no idea that she was born to rule it.”

“Orlando Sanchez has been writing ever since his teens when he was immersed in creating scenarios for playing Dungeon and Dragons with his friends every weekend. An avid reader, his influences are too numerous to list here. Some of the most prominent are: J.R.R. Tolkien, Jim Butcher, Kat Richardson, Terry Brooks, Piers Anthony, Lee Child, George Lucas, Andrew Vachss, and Barry Eisler to name a few in no particular order. The worlds of his books are urban settings with a twist of the paranormal lurking just behind the scenes and generous doses of magic, martial arts, and mayhem. He currently resides in Queens, NY with his wife and children and can often be found in the local coffee shop where most of his writing is done.”

His series collections include Warriors of the Way, Sepia Blue, John Kane and Chronicles of the Modern Mystics. 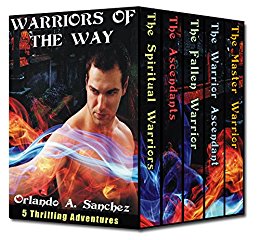 Assimilated Cuban’s Guide to Quantum Santeria: “A quirky collection of short sci-fi stories for fans of Kij Johnson and Kelly Link Assimilation is founded on surrender and being broken; this collection of short stories features people who have assimilated, but are actively trying to reclaim their lives. There is a concert pianist who defies death by uploading his soul into his piano. There is the person who draws his mother’s ghost out of the bullet hole in the wall near where she was executed. Another character has a horn growing out of the center of his forehead—punishment for an affair. But he is too weak to end it, too much in love to be moral. Another story recounts a panda breeder looking for tips. And then there’s a border patrol agent trying to figure out how to process undocumented visitors from another galaxy. Poignant by way of funny, and philosophical by way of grotesque, Hernandez’s stories are prayers for self-sovereignty.” 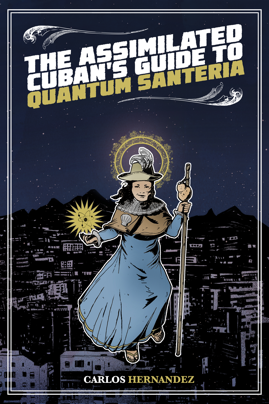 If you know any authors of color from Queens who write speculative fiction, let me know!