With issues like gentrification and displacement of marginalized communities as well as the redevelopment of the Jamaica/Southeast Queens area, those of us who are from the area have a lot to think and worry about. What does the future of the neighborhood look like for us? Local design student, Sada Spence, who lived in Southeast Queens, decided to start a project series, called DARK, where local community members could discuss the future of the African diaspora.

The first salon, which was held at Seed Capital Cafe in Southeast Queens on December 1st, involved us answering two questions: “What is your vision for the future of the African Diaspora?” and “How could that future be made a reality?” Our answers centered around financial and economic empowerment through the possibility of building our own financial systems, business ownership, investing in our communities (Buy Black, Bank Black, Donating Black), finding access to various resources/funding and developing various income streams, and financial literacy classes (thinking about the materials we glamorize and what has actual value).

We also discussed developing strong cultural and social networks and support systems, including a possible code by which we all live. Additionally, we talked about the possibility of a traveling education system in which members of the community volunteer to teach what they know as well as mentorship/apprentice programs for youth in STEM and trade school careers. We stressed the importance of understanding and having better conversations between the various groups of the diaspora, learning each other’s histories and different social conditions. We have to be accountable and responsible to ourselves and our communities.

The last activity we did was to create new forms and designs using square, circle and/or triangle shapes. Mine was inspired by African-diasporic beliefs in circularity, especially the Kongo cross cosmogram:

It also took inspiration from the diagram of the atom, the ripple, and the spiral as well as an echo chamber with sounds coming from a source, mecca or temple in the middle. This is the resulting image: 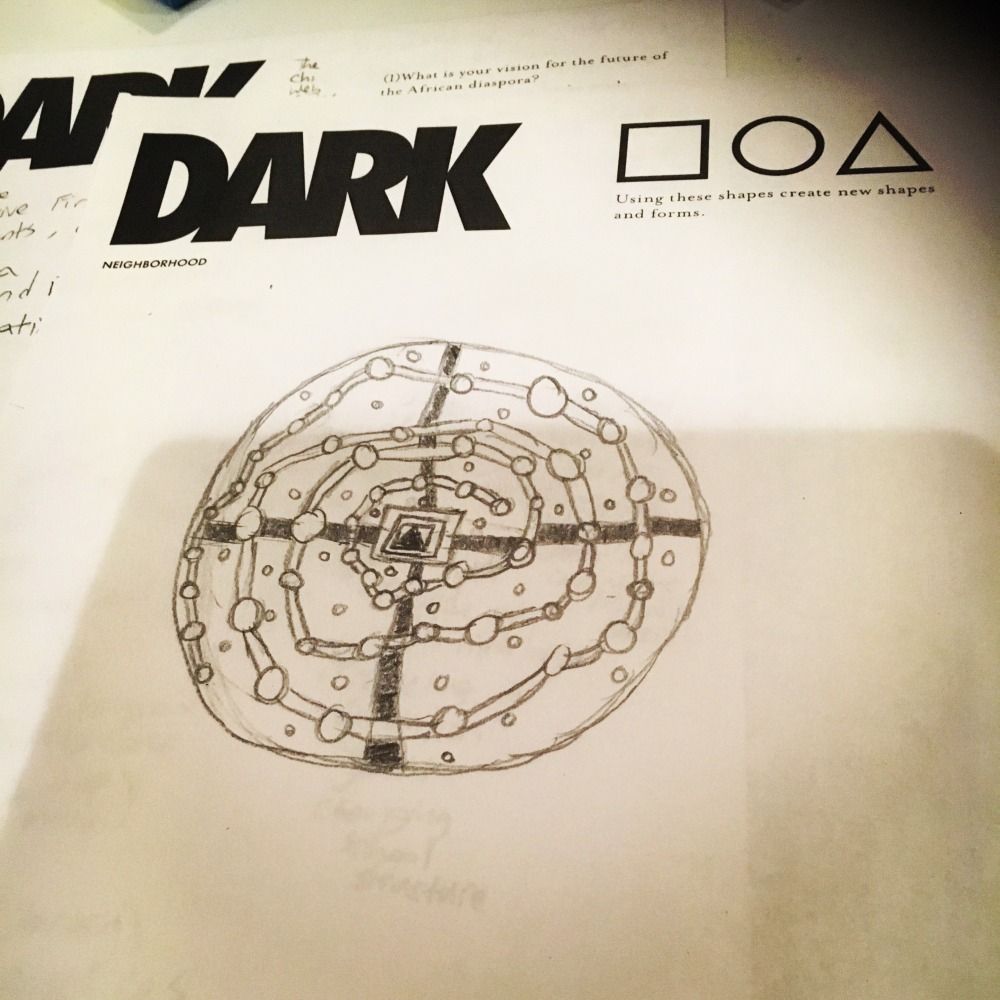 Thank you Sada for creating a space for this discussion and I look forward to the next event! Stay tuned!