*Please DONATE to my blog by clicking on the donate button at the side panel or send funds to my email svfreebird87@gmail.com. Any amount is appreciated! Thank you! 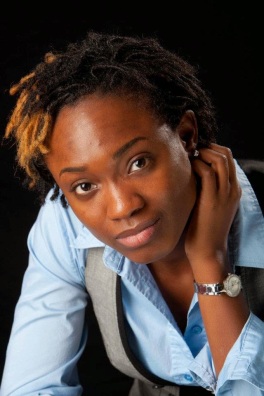 *Feature about Dr. Sheena C. Howard on Black Girl Nerds: “Dr. Howard is author of the book Black Queer Identity Matrix (2014) and first author of the book, Black Comics: Politics of Representation. She has featured as a guest speaker at various workshops, universities and high schools including, but not limited to: Penn State University, West Chester University and West Catholic High School, due to her work around intercultural communication, diversity, service to the community and leadership.

Black Comics: Politics of Race and Representation by Sheena C. Howard and Ronald L. Jackson originated from Howard’s graduate school dissertation on Aaron McGruder’s The Boondocks comic strip. Howard’s dissertation examined gender dynamics, African American Vernacular English and Black hegemonic masculinity within the language and aesthetic of the comic strip. While writing her dissertation Dr. Howard was alarmed at the lack of books which featured or even mentioned the names of Black cartoonists. From there, Howard decided to create a baseline of literature around the historical and present-day contributions of Black cartoonists.

* “Yes, Comics Can Empower Black Girls” on Zetta Elliot’s Blog: “The twenty titles discussed below are just a start, especially now that the comic book publishers are paying more attention to girls and young adult women as marketing demographics. And while not all the comics I cite are created by black women, events like the recent panel on “Black Women in Comics” at the Schomburg Center’s 2nd Annual Black Comic Book Day make clear that black women have long been a part of the industry as avid consumers and creators. The dynamic work of Afua Richardson and C. Spike Trotman, along with this list of over 50 black women comics artists and writers from the Jackie Ormes Society models the kind of creative freedom that can empower any girl who picks up a comic.”

*Artist Jon Daniel‘s “Afro Supa Sistas” artwork, which is an extension of his Afro Supa Heroes exhibition, is available for Women’s History Month is available, including ones for Lupita N’yongo, Erykah Badu, Janelle Monáe, Grace Jones, and Jill Scott.

*CCCADI presents as part of their Roots and Stars series, The Goddess Grove: A Screening of “OdunOsun: The Return to Water” at The Meta Center on April 16, 2014: “Join us for a screening of Jamel Cherry’s documentary film, “OdunOsun: The Return to Water” exploring the cosmological and socio-cultural meanings of the Yoruba deity Osun/Oshun as well as the role of water in our physical and energetic ecology.  With an emphasis on the annual Osun festival in Oshogbo Nigeria and on the sacred Osun grove, the film also connects New World Yoruba concepts of motherhood, healing and community back to their homeland and source. Baba Neil Clarke opens the evening with a brief philosophical overview of Oshun. Program also includes a post screening conversation with the film-maker and a demonstration of songs, in the Nigerian style, for Osun.”

*Cosmic Yoruba’s post, “Dark-skinned Girls with Pink Nipples,” on This Is Africa, questioning why in Japanese manga, the dark-skinned women have pink nipples. Is that just anime style or colorism?

*John Sayles and Joe Morton will be doing a Q&A after a showing of Brother From Another Planet at BAM on March 30th.

*Kenyan artist Sila has released a comic book and 12-track album, SuperAfrican. The comic , which is set in 2045 , was created so that the children of his native homeland would have superhero characters with whom they could identify. He says, “As as young boy growing up in Kenya, I loved reading comic books. Super heroes inspired me to be creative, strong and hopeful. But these superheroes didn’t look like me and the places where their adventures took place didn’t resemble the world I lived in at all. There’s a big difference between Gotham City and Nairobi, Soweto, or Dakar. So I thought, why not create an African superhero who addresses the issues that African Kids in Africa face? SuperAfrican is a hero who fights against corruption, greed and ecological injustice. My hope is that he can inspire young kids in Africa to learn how to be resilient and become better human beings.” All proceeds will go to One Mama, an organization that is raising funds to build a library in its community center in Uganda. Check out the Afropunk feature on his work.

*The Black Science Fiction and Fantasy Youth Symposium will take place on April 26 in Atlanta, Georgia. Learn more about it on Chronicles of Harriet.

*Check out The Color Barrier series on Comic Book Resources.

*”Krait Reviews Long Hidden: Speculative Fiction from the Margins of History Edited by Rose Fox and Daniel José Older.” I want to read this!

*Call for Alisha Wormsley’s Afronaut(A) Film Salon Round 2 in Pittsburgh. Email all ideas to alishabwormsley@gmail.com. Here is the link to previous film club events.

*Features on Afropunk: Music from Sudan Moon and Art from Micah Blacklight.

*Tech Developer Lex Alexander promises to give 10% of his income for the next two years to another developer of color of woman developer if his Indiegogo campaign for his tuition to coding camp is fully funded.

*”Study: Violent Video Games with Black Characters Fuel Racism:” “An Ohio State University study suggests that white players who adopt black personas in video games are more likely to be racist toward blacks.” I am so surprised! *sarcasm*

*”3 Reasons Why Ralph Ellison Still Matters” on The Root. Also, read my post about my essay on his book, Invisible Man.

*”Interview: The Directors Of ‘Infiltrating Hollywood: The Rise & Fall of The Spook Who Sat By The Door‘” on Shadow and Act.

*”The Most Astonishing Space-Age Buildings in Africa” on io9.

–Jay Electronica featuring LaTonya Givens’ “Better In Tune with the Infinite” (sampling The Wizard of Oz at the beginning):