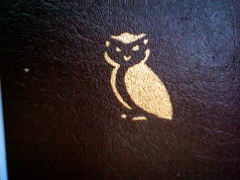 Popular culture is filled with worlds of wizards, witches and mystic superhero characters likes that of Harry Potter. But while audiences are excited by the fantasy of those worlds, real life communities of witches either go unnoticed or are demonized as satanic. And even in the fiction, rarely do we get a super-witch character who is a 5’5”, dreadlock-wearing black guy. Let alone a posse of witches who are black women. And with these unexpected characters comes an unexpectedly entrancing, enlightening, and still down-to-earth book.

Séan L. Young‘s book one of his Mystical Gathering Series –The United follows three Floridan witch friends and college classmates, Wanda, Sam and Alycya who meet a mysterious new classmate and art student Vyncent Wynford. The bold, 6-foot “goddess of chaos” Wanda, the inquisitive intellect Sam and Alycya, who falls for Vyncent and lives with two powerful witch aunts, Hellyna and Anjylla Hehu, quickly welcome the outsider into their magical group. But Vyncent’s powers seem to go beyond ordinary magick (the term for actual witchcraft practices) and into psychic, “super-wizard” abilities, especially with his owl companion and spiritual guide, Snipe (aka Snipps). As Vyncent is welcomed into the close-knit circle, he is revisited by old enemies, Richard and his crew, Gabriel and Sigmund, new ones like Dr. and Mrs. Franken, and learns that Alycya’s aunts know more about him than he thought, leading to a series of events that could not only decide his fate, but that of everyone around him. 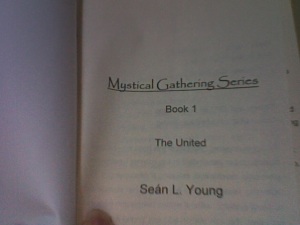 Young’s book introduces knowledge and discussion of witchcraft community and spirituality to readers under the veneer of fantasy, which makes it intriguing. For example, in the Victorian-styledhouse that Hellyna and Anjylla, all the objects, including the house, have their own spirits. The gate’s name is George, the door’s name is Dirk, and the house is Amara, all of whom Vyncent befriends. Young references several pagan symbolism and also alludes to esoteric forms of witchraft, like Tameran/Kemetic Wicca (Egyptian-influenced Wicca). There is one brief portion of the story in which Vyncent mentions how he astral traveled to Africa and helped them to envision a different possible future for themselves — kind of afrofuturist in a sense. However, I wished this part was done more in depth instead of in passing. Hopefully, it is touch upon in the next book. 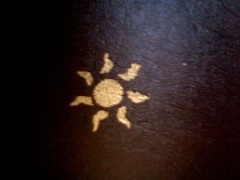 I also liked the discussions embedded in the story of the treatment of pagan and shaman religions by more conservative, popular religions, like Christianity, the media and everyday people who know little about them. The four main characters are treated like outsiders, Vyncent even has the university he goes to turn their back on him. Young makes you think of how our world would be different if technology was spiritual-based, like crystal communicators; how modern people claim inventions that could have possibly existed before in another form, only to degrade ancient people and their knowledge; how science’s origins is found in magick systems, but still are demonized; or even how the over-criminalization of minor infractions in the justice system reflects our lack of spiritual patience. The best fantasy works are the ones that reveal our humanity and reality, and Young definitely achieves it.

The second book to the Mystical Gathering Series is expected to be released late Spring 2013.